How to Save a Life Without Really Trying 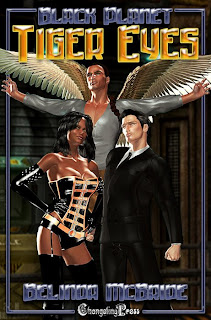 This morning, I was on the telephone, making an appointment to take my niece to visit her social worker. Once we’d settled on a date, I had to change the time, remembering that was my regular day to donate platelets through Apheresis.
To my surprise, she didn’t know anything about donating blood, and was even more mystified that I would take several hours out of my day every two weeks to undergo Apheresis, the procedure that separates platelets from blood.
I began to donate blood a few years back, going in to the blood center maybe two or three times a year. And then one day, I overheard one of the nurses mention that some of the cancer patients at local hospitals were literally dying because they couldn’t get enough platelet donors. I asked about the procedure, was tested for my platelet count, and to my surprise, discovered that I was an ideal donor. In fact, with my high platelet count, I am able to do triple donations twice a month. That means six very ill patients receive life-saving platelets from me every month!
What does this have to do with writing? Well, I spend about ninety minutes in a recliner while the Apheresis procedure takes place, and my mind wanders. Once, I was thinking of a new idea for a story; the setting was clear, the story would take place in post-earthquake San Francisco. I had the title: Dragon’s Blood. But the plot just wouldn’t gel.
I looked around the room at all of the donors and thought of a future where a mysterious disease had taken hold of the human population. A future where donated blood became a rare and precious commodity. This disease became a major plot point in the Black Planet series, and will continue to re-emerge in future books in that series. In my current release, Tiger Eyes, the heroine is afflicted with the disease called Dragon’s Blood, and is rapidly dying. Grace fights valiantly to stay alive in this story; she’s an amazingly strong character.
Over the course of my life, I’ve seen many lives saved by the donations of others. My friend Mo received bone marrow transplants which extended her life during her battle with cancer. My brother received whole blood following a devastating injury. My co-worker Melissa made the stunning and selfless decision to donate her kidney to a friend, and literally saved that woman’s life.
You too can save lives; simply call your local blood center to see if you are eligible to donate. It takes a little time, and next to no effort. To learn more about Platelet Apheresis, visit the American Red Cross: http://www.redcross.org/services/biomed/0,1082,0_554_,00.html
Black Planet: Tiger Eyes is now available at Changeling Press:
http://www.changelingpress.com/product.php?&upt=book&ubid=1027
Belinda McBridehttp://www.belindamcbride.com/
Posted by Belinda M. at 5:26 PM 2 comments: