I managed to get my hands on an audiobook copy of ZA Maxfield's "Rhapsody For Piano and Ghost" and I'm going to give it away!

If you haven't yet read it, Rhapsody is classic Zam, whimsical, uplifting and incredibly touching. If you're new to ZA Maxfield, I encourage you to enter, or even just go buy the book. :)

Fitz Gaffney finally has some breathing room. His mother's out of town, his piano coaches have backed off, and he's spending his time in a music conservatory where he only has to be adequate for an entire year before all his responsibilities come crashing back in again. Along with his new free time comes the realization that he's lonely, but his first attempt to make new friends goes horribly awry.

Fitz's new - but possibly imaginary - friends, Evan and Serge, want to help him find happiness. His used-to-be-step-brother Ari Scheffield wants to help him gain confidence and a little much-needed cool. His housekeeper Marguerite wants to keep fowl in the back yard for butchering because duck confit is expensive and she has pillows to re-stuff. And his possible new boyfriend Garrett wants to prove he didn't mean for their first date to end with Fitz lying unconscious in a dumpster.

All Fitz wants is someone to care about him, but suddenly there seems to be a glut. How's a shy guy to know what's real when he's confronted by crazy ghosts, a less-than-truthful boyfriend, and relatives with hidden motives in Rhapsody for Piano and Ghost. 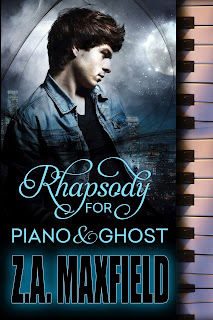 And at her Facebook Page: https://www.facebook.com/AuthorZ.A.Maxfield/?fref=ts a Rafflecopter giveaway
Posted by Belinda M. at 4:31 PM 6 comments: 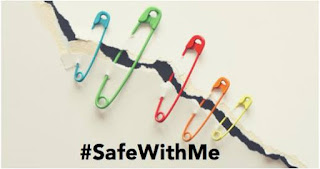 Grieve as long as you need to, because even in a normal year, an election is stressful. This wasn't a normal year and there is far more at risk for many of us.
When you feel better,

Fight. Choose a battle and stick with it. I'm doing "Flash Drives," which are focused fund raisers that take place in a short period of time. (let me know if you have ten dollars a month to spare for a good cause) Join an online group that shares your interests, and go meet them. Go to meetings. Vote. Run for school board, city counsel, class president or Congress. Look at the 2018 vacancies in your state. Find your candidate and support them. Volunteer.
Laugh. Political satire was born for a reason. It shines a light on dark places and it makes the unthinkable somewhat more tolerable. If you have a great meme, comic or story, share it. Watch a movie. Go see a comedian. Watch screaming goat videos. Imagine the goats wearing red hats...
Live. Go outside and take a walk. While the press was busy salivating about how Secretary Clinton was sobbing and melting down, she was actually taking a walk in the woods with her husband and dogs. It was probably her first moment of normalcy in many months.
Turn off the news. Turn on some music and dance. Meet a friend for Taco Tuesday or coffee. Listen while your friend vents. Share how you feel.  Smile at strangers. Make something. Creation is good for the soul. I crochet when I don’t want to think. I make soap when I am thinking too much. I fire up the embroidery machine when nothing else works.

If you must go on social media, stay away from the comments. If you must vent, find like-minded people to do so with. This is a tool for survival, not for the sake of etiquette.
Love. I know many of us have family and friends who voted for the other side. And in this particular case, it hurts more than usual. To used someone else's phrase, its like living with a boyfriend who secretly hates you.  I've seen this election shatter at least one marriage and many families bitterly divided, because we are gay or ethnic or female or simply believe differently. That chasm seems impossible to cross. I understand. But don't forsake the love because time....time...
Forgive. Probably the hardest thing to do right now. Last night, I got into a heated confrontation with a real life friend. Our mutual friend was in on the discussion. She’s the mildest, most peaceful California Earth Mother you’ll meet. She suddenly unleashed on him, in fury. Unexpected fury. Her reason was her own and it was compelling and when the conversation ended, our gentleman friend was on the outside of our circle. He’s probably hurt, we’re all hurt but I’ll see him soon and I will forgive him and I hope he forgives me. K is still hurt and dealing with the painful memories she shared. In time, they’ll forgive one another. We all will.

Elizabeth Warren said many, if not most people voted for him not *because* of the bigotry, but *in spite* of the bigotry. What was so important to them that they'd overlook the unacceptable elements of the candidate?  So far, my friends have been on the defensive, preferring to attack the other candidate rather than honestly explain why they voted for theirs. But there's an answer. Of course there is. They lost their job, worry about their industry. They hate that a Sikh family just bought the business down the street. It offends them that a woman is wearing a headscarf in the grocery store. The head of their department is African American, and far younger. They see violence on TV. They listen to the talking heads. They see flagrant lies presented as facts in Internet memes.

They're frightened. Their position on the social pole is slipping. They're earning less. They're obsolete. They're frightened and outraged that the law doesn't allow them to deny service, when the sign on their door says, "We Reserve the Right to Refuse Service to Anyone..." They are terrified that Clinton or Obama or some as yet unnamed liberal is going to come for their guns, in spite of the fact that it has yet to happen.

Stand up. Wear a safety pin. Be there for someone else when they are afraid or being threatened. Be brave. Be someones safe place. Volunteer in the community. Connect.

Like I said, this election wasn’t normal.The way we react to it cannot be normal either. For many, "getting over it" isn't an option.

Please be safe. Sleep. Stay hydrated. Take care of yourself. Talk to me if you need to, I am here.