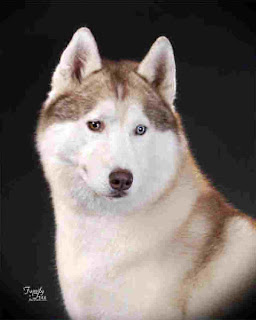 With a world of shape shifters to choose from, why on Earth did I choose Siberian Huskies for my contribution to the Last Call Europe series?

If you aren’t familiar with the premise of the Last Call series at Changeling Press, here it is in a nutshell. The series was originated by the writing team of Moira Rogers, who expanded it to be a multi-author series. The Last Call is a bar that caters only to the paranormal community. Mundane humans can’t even make it through the doors. Once inside, the patron has the opportunity to order a drink from the specialty menu. That drink is a signal to the other patrons as to what the man or woman is seeking sexually. For example, a woman who orders a Virgin Bloody Mary might be a vampire seeing her first lover.

So of course, I found a recipe for a drink called Siberian Husky, and knew I had to sign up! Here is the recipe:

MIX TOGETHER AND ADD THE ICE

So without giving away too much of the story, let me tell you a little about the Siberian Huskies that I live with. First of all, Siberians are a running breed. They were created to pull a sled over a moderate distance. They are humorous, silly, and the consummate tricksters. They love to play. The can be incredibly naughty.

They are one of the most intelligent breeds of dog that exists. Many trainers don’t agree, as the breed doesn’t take well to obedience. The reason is that they were created to be independent thinkers. A Siberian can actually make a decision and weigh the consequences of their 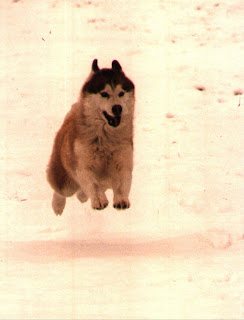 actions. If a musher tells his lead dog to go right, and the leader senses danger, it will deliberately disobey the musher.

They are primitive. What this means in evolutionary terms is that they are nearer the source of their origin than other dog breeds. In fact, genetic studies indicate that the Siberian is one of the first four breeds that was developed by humans, and hasn’t changed much from its origin. You can see that in their pack behavior, their upright ears, double coat and other physical similarities to wolves. They are more than willing to hunt for their food, dig in the soil to stay cool, and howl to express their happiness or distress.

They aren’t a guard dog or a watch dog, and unless a Siberian has been taught badly by humans, they rarely show aggressive behavior.

So check out Last Call Europe: Siberian Husky. Let me know if I got it right!

Siberian Husky: Catch me if you can!