When Voters Vote and Judges Judge. Part One: You Made the Puppy Cry! 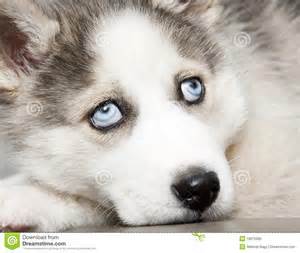 So evidently a bunch of like-minded “guys” (who knows, there might be a female or two in there)  didn’t like the way the Hugo Awards were getting so literary, PC and boring and decided to make a change. Well, that itself isn’t bad. But what they did was to create a slate, not much different from that of a political party. They listed their candidates, pushed their agenda, and crowned themselves with a treacly, cutesy name that insults lovable canines everywhere. Then some other like-minded, but more extreme individuals who are kinda creepy in that “never made it out of Grandma’s basement” kinda way got in the act and built on that platform. And lo and behold, they found a foothold out there in fanboy land. I’m not going into the whole nasty business. If you haven’t heard of it, just Google it. Or better yet, visit Chuck Wendig’s Terrible Minds blog.

Next thing you know, the Hugo nominations close and when the finals are announced, several of the categories were stacked with their candidates. And the Hugos were declared dead. Ruined. *le sigh…*

Public outrage ensues. It’s all that anyone talks about…at least until the Nazi romance makes it to the RITA finals. More on that later. But yes, they’re talking about this on Facebook and Twitter and in countless forums everywhere. And the more people are pissed, the more get swept up in the community outrage. In spite of the fury, no one managed to get behind alternate nominees, other than in the novel section.

Membership in the World Science Fiction Society balloons. When World Con convenes in August, they have record high attendance and voting numbers swelled. As always, controversy is good for business.

Here’s where it gets very interesting. And this is what I observed.

The fans at this event are a tribe. For the first couple days I was there, it felt like a closed tribe, and I couldn’t find a way in. (especially since I’m a total social cripple.) But I was patient, put myself out of my comfort zone and just wandered around and listened. On Friday, I got pulled into two conversations about the Puppies controversy and speculation about how the voting would turn out. One of the men I spoke with was particularly baffled. He has been part of this fandom all his teen and adult life and he just didn’t understand the malice. He was broken-hearted.

Over at the costume display, clusters of fans were quietly circulating, informing the uninformed. A young man nervously approached me and handed me a cheap plastic kazoo. On it was printed, “The Hugos Matter.” He told me, “This is important.”

And yes, they really do matter. And I could tell it took all his courage to walk up to this strange woman and say something that might be controversial. I wanted to hug him.

I took notes at the award ceremony. Several luminaries weighed in on the situation. (I’m sorry, I didn’t get names, but you should be able to view the podcast.) It was like the elephant in the room. The groups who shall not be named. Once George RR Martin said the word “puppies” it loosened the rest of the panel up. No one choked and died. Vox Day didn’t suddenly manifest there on the screen. They discussed changing rules and the long term implications the controversy might have. They talked about what might happen at the evening’s ceremony. (They were spot on.)  Here are salient points the guests made during interviews:


The Hugo ballot lists the five nominees in the category, and in addition, has a selection where the member can vote that no award shall be given. In the entire history of the Hugo awards, this option has been the voter’s selection a total of five times.

Last night, the voters withheld the award from five categories, thus shutting out the slate of finalists supported by the puppies. Yes, some other candidates were shut out too, and that’s sad. But in the novella category, all five of the finalists were from Castalia Press. (Seriously…is no one else writing novellas?)  As the hosts read those results, they said, “And the voters have decided no award will be given in that category.” And every time, the audience cheered. There were a few “boos…” but David Gerrold quickly shut them down.

Two major wins went to translated works. In spite of the dearth of women nominated, they were actually well represented in the wins. In spite of all the efforts to hijack the awards, it wound up being truly diverse indeed.

I actually did my homework for these awards. I read the entries and voted for my favorites. Some of my picks won, some didn’t. I won’t hide the fact that I voted to withhold on several categories, and so did the majority of the voters.

I’ve heard it said that passive aggression won the night and I strongly disagree. To withhold the award is an active vote. And I’ve heard it was a wash. In what way? I’m sad for the few finalists caught up in those categories, but at least three nominees had the wisdom to withdraw their names from the vote, presumably because they were backed by the petulant pooches.  Good for them. I’d have done the same thing.

The Hugos are not a judged, juried contest. Its winners are decided by the fans. The voters. And that’s us. And if you care, pay for your membership, join the conversation, nominate and vote. We live in an anti-PC world where Americans are falling in line behind an ugly, bombastic, arrogant businessman. We are being told it’s not okay to be “other.” To be brown or female or to embrace alternate sexuality or gender or faith is wrong. We’re told its bad and our fault if we are poor. We are told that teachers are vile and greedy and that billionaires have our best interests at heart.  We are encouraged not to think…just to listen to sound bites.

The world of science fiction is better than that. We are about ideas. Hope. The journey to becoming one people, in spite of….or perhaps because of our diversity.

But I have something to say about that, too. Part Two is on its way. And yes, in a strange way, it relates to all this. 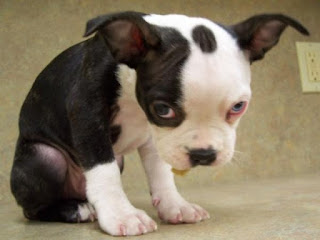 I've been to some Worldcons. I find they're actually more of a nation, made up tribes: the Gamer Tribe, the Costumer/Cosplay Tribe, the Writer (and Aspiring Writer) Tribe, and so on. Some people never go to the masquerade and some live for it. Some rush from panel to panel, trying not to miss anything, while others skip out on panels entirely and haunt the dealers' room (full of books and craft items. for those who've never seen one). A significant percentage of people who pay for attending memberships never bothered to vote for the Hugos, and even fewer bother to nominate, which is one reason Puppygate happened.

If you're able to make it to Kansas City next year, you should go. Unless, of course, you're saving up for Helsinki in 2017. :)

I agree with you, Carmen. I roomed with a woman who's a filker and that took 99% of her time, while I was just getting my bearings. And stalking Patricia Briggs. LOL!

I hope to make Kansas City and hopefully, Helsinki as well.

I don't think the Puppies have managed to kill the Hugo Awards (saying they managed their goal by killing off five categories sounded every bit like the saving-face speech that it was). Sometimes something like this needs to happen in order to prompt people into action. I think this will wake people up to nominate their favorites to ensure this won't happen again.

You can never accuse the SF/F world of complacency! All eras tend to end with a revolution of some sort. This could be just the shake-up the (fairly old) genre(s) need.

Erika, I really think that business of claiming victory is really an example of the Donald Trump strategy of loss. Never apologize and never admit defeat. If someone came along and lopped off their hands, these idiots would say "I meant that to happen...I win!"

And Tracy, this was a little revolution and I really, really REALLY hope people took George RR Martin's words to heart, but I'm not so sure. He said to read, nominate your favorites, to talk about them and to vote. What I'm seeing is the vote end, but many people are now settling back and waiting for next year. This is an endeavor that never ends. Its up to the fans to find the best books and the outstanding new talent.

The nominating period opened late and ended early this year, which exacerbated the situation--I wound up not nominating (not that what I put on my nominations ballot usually tends to land on the final ballot--that's another issue, there are "long tails" of what people put on their nominating ballots. When a group comes in and slate votes, that means overwhelming the hundreds of other people who are individually picking things (the breakdown of nominations released after the Hugo results get announced, don't break down to the things getting a handful of nominations, much leas one or two or three or four)).

Lois McMaster Bujold hadn't had anything out since Captain Vorpatril's Alliance. She has a novella which came out a few weeks ago, and Captain Jole and the Red Queen will be out in February. Based on past performance it's more rather than less likely she'll be a Hugo finalist again within the two years.