Sunday Musings: How Much Should I Tell You?

The other day, I stumbled across a review on Amazon for one of my books. It was a one...maybe two star review on a book I tend to be rather proud of, so I went and took a look. Well, the reviewer had noted a glitch in the continuity. A big one. One I was aware of, my publisher was aware of, and we'd made the educated decision to leave in place. In the book "An Uncommon Whore 2: When I Fall, I reversed the names of Griffin's daughters. Did you notice? A few people did, but not many were terribly offended by it.

This reader was very offended.

The actual error wasn't made in When I Fall, but in An Uncommon Whore. During the final review of the book, I read over Maya and Lauren's very brief scene and realized that for personal reasons, I couldn't name Griffin's little dark-haired, scarred daughter Lauren. So I changed the names in the final draft, not knowing they'd already sent the book in for formatting.

When the switch was found in WIF, it was early in the life of the book. We could pull it, switch the names back to the version I believed unacceptable and just go forward. Or...leave the inconsistency in place, since An Uncommon Whore had already been out for a long time. I knew I'd catch some flack but decided to leave the names as I intended to move forward with them. Lauren is the blonde, Maya the brunette. That is in the series bible. 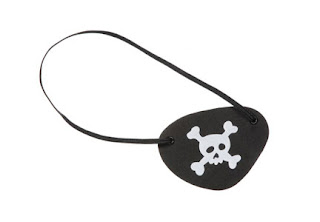 The other issue this reader had is a more tricky one, and in series books, it tends to crop up. In this case, she questioned why Griffin (and Maya) never got their eyes and scars fixed. Since there were almost miraculous advancements in medicine, and the seemingly mystical Vash healers, why would I dump my world-building and not have them healed?

That's where the author has to balance what we share on the page with what's in our head. Every character has extreme character development before I start writing. Most of that information never makes it to the page. For example, Belle in Belle Starr is an alcoholic. When she winds up in a bar, that's a very dangerous place for her to be.

Here's another conundrum: Generally I don't tell people too much about what's in store, but for this reader, I did share a few details. Griffin's Eye is a dangling plot line I planned to pick up in Book 4. Its not a major plot line, but it's there.

While I write in fantasy worlds, I try to keep at least one foot in reality. And I try to keep true to a character's psychological make-up and the limits of their world. In this case, Griffin's eye is in his Goal, Motivation and Conflict chart. At this point in the story, there's no real external force on Griffin to change his looks. Helios loves him without question. Even with the patch, the scars and the missing testicle, Griffin Hawke is beautiful in his way. The Somians always get the hots for him. His kids love him as he is. Maya, in particular, relates to him since her scars mirror his. At this point, Griffin doesn't care. So there's no internal motivation to fix it.

But this goes deeper.

During the seven years of searching for Helios, Griffin was working as a mercenary. Every penny he earned went home, to Neo Domus, where the citizens were literally living in the dirt. They were in crisis mode, and he'd have been terribly out of character to give an iota of care to his eye. He had a co-pilot, and in a pinch, Griffin can land or dock a ship. So the eye wasn't an issue.

How about later? During When I Fall, when he was so badly injured? The Vash healers performed miracles...why not heal his eye and testicle?

Now we get down to world building.

The Vash are organic healers. Its in their DNA. They use psychic abilities to spiritually *enter* a patient's body, to map their nerves, their veins and muscles, on a cellular level. They can coax damaged tissue to heal. In Prince of Faith, they literally save Caius from brain trauma. Within their own species, their skills are almost unlimited. BUT they cannot fix what is no longer there. They could probably smooth scars, but they cannot regenerate missing body parts. They are not omnipotent. They have limits.

There must be limits. No one can be all-powerful. The Vash are powerful in that way, but they are poor fighters, rotten strategists, too kind and they are nocturnal...they burn easily and can't see in bright light. And they can't manifest a body part, no matter how amazing they are.

What about cloning? Or robotics? Well, there's a very good chance that the cloned eye would be non-functional. It would be a massive undertaking with a lot of related pain just for the sake of vanity. Griffin is not vain. Maya is too young for that sort of reconstruction, so its not relevant for this story.

While writing When I Fall, I felt that every single primary character in the book was suffering PTSD. In Griffin's case, he was finally in a safe, stable environment, and suddenly, he was re-living the horror of the Landaun attack. He'd been widowed, saw the public torture (and presumed execution) of his best friend and forced to witness the torture of his daughters. His own pain was a side-note in the psychic agony he suffered. What was vital in that book was his journey toward acceptance of the tragedy of his life, and faith in Helios and his future. During When I Fall, his missing eye was irrelevant.

No, that's not true. Like many of us, we cling to our scars and our mementos of pain. He looks in the mirror and he never forgets what was done to him. When he looks at his daughter, he can't forget what happened to her. Those scars are his sigil. To him, they shout: Never Again! Never Forget! Yet at some point, Griffin will have to let that go. He will have to address Maya's scar someday.

And that, my friend, is Maya's story.

I can explain these things in the comfort of time elapsed, but the review would have stung if I'd read it earlier. It shows me that I did not do an adequate job of showing why Griffin's eye wasn't important in the story. I wasn't clear in my world building. I should have looked at An Uncommon Whore more closely on the release day. Those are my errors and we all make errors. Hopefully, I will learn from this one, and not assume that every reader is going to read my mind and know why a story element wasn't expanded on or addressed.

And those are my musings for today. :) Hope you have a great weekend! If you're curious about When I Fall, you can pick up a copy here:

And its on SALE!