Eva's Alive and the Bad Angels Are On The Way!

All good things must come to an end, and the Doms of Dark Haven anthologies are now out of print. (though you can probably find print copies out there still.) But if you happen to be a Truckee Wolves fan, this is an opportunity for you!

Loose Id has taken my novellas from the collections, given them new cover art and a much more affordable cover price! Educating Evangeline has just been re-released as EVANGELINE OF DARK HAVEN! 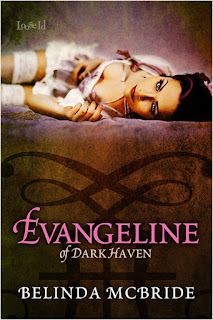 
BAD ANGELS: FALLING is now up for pre-sale at Totally Bound's new PRIDE imprint! If you're a long time reader of my books, you'll recognize this series from several years ago. Its about a fallen angel named Orion Hunter, a ghillie dubh named Rex and a mysterious succubus named Anahita. The series is m/m/f menage. Falling will be quickly followed by BURN and HEAVEN. I plan three more stories set in the Bad Angels world. 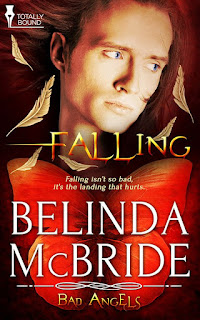 Did you know you can now do that awesome pre-order thing at the Loose Id site! Head on over and claim your copy now! And check out that OMG! Gorgeous cover by April Martinez!
Grab it early while its on sale!

http://www.loose-id.com/evangeline-of-dark-haven-a-truckee-wolves-story.html
Posted by Belinda M. at 10:54 PM No comments: