Red is a funky little take on the Red Riding Hood mythos. Its a new universe for me to play in and I really enjoyed the post-apocolyptic setting. This story was written off a photo prompt by Christopher M. Hammel, who actually gave me two photos to inspire my imagination. 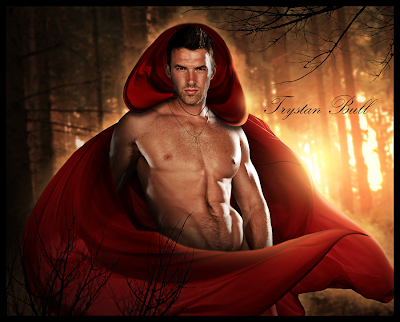 The classic image was the first Christopher posted, which initially caught my attention. Imagine, a big brawny guy like this in a red cape....YUM! Then he posted a second photo: 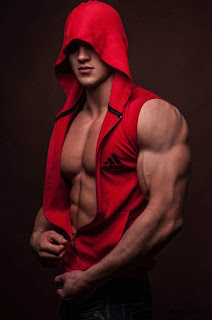 And so I ended up with not one, but two wonderful character inspirations. So check it out and you'll have to decide for yourself who's who!

I won't be participating in the anthology this year because I'm going to develop the story a bit more and see where these boys lead me.

Anti-feminism in Romance? Say It Ain't So! 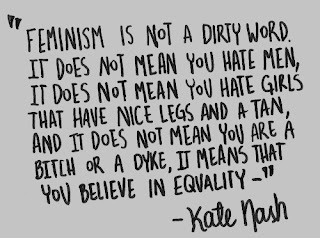 I don't know...maybe given the state of social politics in the US these days, I might be feeling a bit oversensitive. Be warned, this post is a bit ranty.

Lately, I've been reading a lot. A LOT. Its a way to cope with the ongoing stress of all the stuff that's been happening in my personal life. But as a writer, I believe in reading so I'm trying new-to-me authors, touching back into genres I haven't read for awhile and just expanding my horizons a bit. But lately, I've seen a trend that I find more than a little disturbing.

"I know its not cool for a modern woman, but I actually like to cook."

This came from an urban fantasy, from a top selling author. I read that line in the book and my reaction was pretty much, WTF? Since when does a modern, liberated woman not like to cook? While its not my thing (I'm an awful cook but a fantastic baker) most of my women friends are fantastic cooks...because they love it. Heck, my oldest daughter is an award-winning Chef d' Cuisine and needless to say, she's a modern woman who just happens to cook because she loves to.

And I read this definition of Women's Studies last night:

"We study the role of feminism in modern society, looking at social paradigms and how they relate to women, with a focus on how women are objectified and subjugated by men."

That gem was from a paranormal printed by Harlequin Nocturne. I apologize to the author for quoting the line,but...

What the fuck? Where'd that definition come from? Rush Limbaugh?

The biggest problem in both of these examples are the heroines are in genres which generally give us "kick-ass women" but in these cases, the women are whiney, judgemental and generally too stupid to live. In the second case the heroine is particularly offensive. She's a smug bitch. She hates men and abhors sex. She disobeys the macho, too good to be true hero (who "nobly" refrains from screwing her when she's been rufied by a mega-aphrodisiac...but he does finger-fuck her dozens of times...for her own good...) and puts herself into dangerous situations. And when she spouts the above definition of "Women's Studies" the hero refrains from laughing.

This was written by a woman.

Let's talk about Women's Studies, as the major was defined when I was in college. To be honest, I was not a Women's Studies major, I was a classical and archival history major with minors in Cultural Anthropology and Museology. I took  Women's Studies as part of my post graduate studies. It was a multi-disciplinary program looking at the role of women in history, culture, society, politics, etc, within the context of gender.

For example, I wrote a feminist biography of a woman who was born in the US in 1910. The focus of the paper was her life given the context of the time she lived. During her life, she experienced the Dust Bowl and migrated to California. She had a mentally ill child and struggled through the health care system of the 1940s, and was assigned by the doctors the maternal burden of blame for her son's illness. She housed a brother-in-law who was brain damaged by the Spanish Flu of 1918. During WWII, her oldest son served in the army, but more importantly, she landed a job as a riveter in a factory. This woman was an avid crafter and many of her hobbies reached the scale of fine art. She made elaborate quilts, fine needlework and everyday items like knitted clothing. Some of the crafts she practiced were born of necessity but are now art forms we rarely see practiced today.

That was Women's Studies as it was presented at my university, not this stupid crap about being "objectified and subjugated by men." Yes, inequalities were examined, but always with an understanding of social and historical context.

I'm not sure where this twisted view of feminism is coming from, and why its showing up in romance novels...but stop it! Jeez! I'm sure there are people who can express themselves more eloquently than I can, but honestly...I'm seeing stronger, more balanced portrayals of women in the Regency romances I've read lately.And in all honesty, this trend could be examined in much greater depth than I'm giving it.

Heck, I could probably do a thesis on the subject.