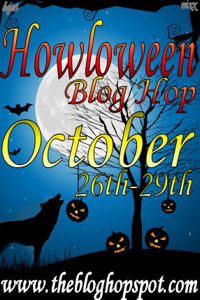 When I was very young, my elementary school held a Halloween Carnival every year. It was one of the most fun, highly anticipated events in the area, with game booths, trick-or-treating, cake walks and movies. I think my favorite part were the cake walks, because even though I couldn’t see well and had no “skills” whatsoever, I still managed to win a cake almost every year. Then we’d head over to one of the darkened classrooms and watch horror films.
They were usually old Hammer flicks, B-movies that were weak spin-offs of the old black and white classics. I do remember seeing Dracula, Frankenstein’s Monster and the Wolf Man in the mix. I don’t know…maybe that stuff all rubbed off on me because I certainly took the old tropes and over the years, spun them into my own mythos. But instead my vampires wearing formal wear and speaking in an Eastern European accent, they wear Dickies and coveralls, and are French, English and American.
My werewolves spun out of those movies as well, generally they’re working class men and women, more comfortable in auto shops, construction sites and police cruisers, though some journey out into space. And no matter the pack, under the watchful eye of their alpha, they tend to live in a communal fashion, their status earned and their bounty shared. As Blacque would say, “Damned Socialist Werewolves.
I haven’t ventured out into the land of the Modern Prometheus…yet. My mind just can’t find a sexy angle to zombies and undead creatures. But at some point, I’ll be sitting around, maybe looking at the moon and inspiration will strike.
Until then, you get my shifters and vamps and all the other paranormal creatures that inhabit Belinda Land.

So as my gift for the Howloween Blog Hop, I'm giving up a bunch o' swag...stuff I have reserved for RT. Some nice stuff here, guys! If you live outside of North America, I'll substitute the prize for your choice of 2 of my backlist e-books. So leave a comment to win! And I apologize for posting late, I have no internet access and couldn't post from my Android.

So, what's your favorite character from a scary movie?


Coming in December: What do you get when you throw together a young wolf shifter on a bad drug trip and an ancient fae assassin on a lethal deadline?
Silver/Steel…(was formerly Dream Hunter, and then Cold Steel. Let’s see how long this title lasts!)
Coming in December from Loose Id Publishing
Posted by Belinda M. at 2:04 PM 15 comments: 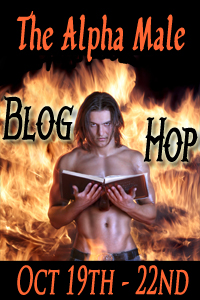 Greetings from New Mexico! I'm at Gay Rom Lit this week, and writing from my lovely hotel room in the Hard Rock Hotel and Casino. As I write, I'm looking out over the miles and miles of desert, where the lights of Albuquerque sparkle in the dark from miles away.

Right now, I'm in a lull between books; The Bacchi released a couple months ago and Dream Hunter will come out in December. The interesting thing about these books is that they're both m/m, and the heroes have such diverse personalities. And...neither book features a truly alpha male, except in a supporting capacity. I suppose you could call Lefi and Afton from the Bacchi beta males, while Travis (Dream Hunter) is bordering on being an omega. And Dylan is a dominant man, but too much of a loner to be a real alpha.

When I think of an alpha male, I don't generally think of the lone wolf, strong silent type, nor do I think of the over-aggressive, over sexualized male. Because I have so much background in animal behavior, I see alphas are nurturers. They are care-givers and protectors. Sexually, they are often dominant, but not always. Sometimes my alpha males like to be tended to and protected, handing the reins of control over to their partner. It's what I see in the pack structure of my Siberian Huskies. My alpha male doesn't only control the other dogs, when they're out together he watches over them as they doze in the sun or play together. He breaks up squabbles and leads them in their happy howling sessions. He is also serviced by the other dogs, who clean his ears and wash his face. Levi (my alpha Siberian) is one vital cog in the functioning unit of our "pack."

The most overtly alpha male I've written to date is Chase Montenegro from the Truckee Wolves series. He's followed by Armand de la Croix in Belle Starr and Dane Blacque in Blacque/Bleu. Helios Dayspring lands in this list as well. With the exception of Helios, all the others are shifters from various paranormal series. Helios is unique because he's not only a human, but he projects himself as more of a beta male. However, Helios is firmly in control of his people and his family, though he rules with a soft touch. Armand is also very easy-going and isn't afraid to delegate. However, he knows that he's the one who makes the tough decisions and lives with the consequences.

Dane Blacque, on the other hand, is so alpha he's almost disturbing to write. He knows what every member of his pack is up to at any given time. He controls the breeding in his pack and generally is the only active male contributing to the bloodlines. Dane makes imperious demands of his adult children and expects to be obeyed. At the same time, he adores his children, grieves for years over the death of his estranged mate and will lay down all that he is to protect his pack. In the upcoming book "Dream Hunter," his son Travis notes that Dane is so in tune with his children and pack, that he knows the moment a crisis hits.

In the Truckee series, Chase hasn't yet developed the finely honed connection to his pack that Dane has, but grasped power by force, forging a pack from a rag tag collection of shifters who were imprisoned in labs and hunted by Abraxas. (a criminal organization) He took men, women and children who'd never walked free and forced them into the fringes of mainstream life. He helps them find jobs and learn simple skills, such as driving a car. Like Dane Blacque, he makes decisions for others and always acts in the best interest of his badly flawed pack, even if it means sacrificing his own happiness.  Chase will lie, steal and kill for his pack. Since his story plays out in an otherwise human world, the risks he takes are fraught with hazard. In fact, two of his lieutenants are given the specific task of disposing of bodies when pack members are forced to defend themselves.

Many, many people have asked when Chase's story is coming. At this point, I don't really know. I do know who is heroine is, though. I know the bare bones of his story but much of it needs to be told through the eyes of those who he serves, and who serve him.

What sort of alpha male do you enjoy reading about? What kind do you hate? Remember to leave a comment for your chance to win in the drawings for the Alpha Male Blog Hop! And be sure to visit all the participating authors!