The Man of my Dreams 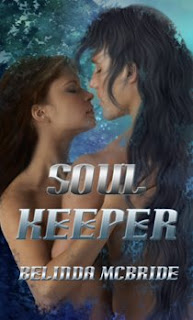 It seems logical to write about Dorian and Phaedre, the two lead characters from Soul Keeper. However, logic is something I am rarely afflicted with, so, I’m actually going to tell you about a very minor character from the story, and how he ended up making his presence known to me.

First off, Soul Keeper wasn’t the first book I sat down to write, but it was the first that I finished. I didn’t have a particularly clear outline of the book, so I suppose that’s why the door was left open for Roman to enter. I knew the plot, the ending and pretty much how they got there, but I guess my subconscious decided that something was missing.

One night, I had one of those short, vivid dreams that literally bring you out of the bed. In the dream, I was riding a bus. We were on a route that wound through ’s Presidio, near . The bus stopped and I get on. (That’s the odd logic of dreams…) I took a seat next to the doors and looked at the man sitting across from me.

He was frightening. He was dark, but I was unable to decide what his ethnicity was. His hair was shaved close to his scalp, and he wore a dark, expensive suit. He wore sunglasses, so I couldn’t see his eyes, but I knew they were silvery-green. He was huge. Even sitting, his knees pushed out into the aisle. He was handsome in his way, but very, very intimidating. He then smiled at me, and with that smile, I knew this was a good, safe person.

We got off the bus at the same stop, and he paused as though he didn’t recognize where he was. I realized that he was lost. He gave me a slip of paper with an address on it, and we walked to that address together. He knew that his name was Roman, and he knew his home was nearby, but he couldn’t remember how to get there.

He might have been inspired by someone I’d met a few years back. Perhaps he represented the head injury I’d suffered myself years ago. Whatever the case, Roman very quickly found his place in Soul Keeper. For me, he represents things lost and gained. For Phaedre and Danae, he is safety in a very real and literal sense. For Kaine and Dorian, he represents the failure of the Equis to take care of their own.

Every character in the book is reflected by how they dealt with Roman’s injury.

What I found most interesting about the character is his grace. Roman carries a heavy burden, but never grieves over the loss of the person he once was. His family and friends grieve for him. Roman simply moves on. He has a very real appreciation for his life in spite of the hardships that he experiences. Roman can’t read well, but has discovered a genius for computer skills. He can’t handle a pencil or tell his left from his right, but earned a living as a bodyguard and security expert. Sometimes the frustration is there, but he always manages to set it aside and adapt.

I’m not quite certain which direction Roman will travel, but I have every intention of going along for the ride. Literally. Did I mention that he’s a shape-shifting centaur?

You can read about Roman, and all the other magical creatures in Soul Keeper, coming very soon to New Concepts Publishing.

If you’d like to know more about me, please come and visit! 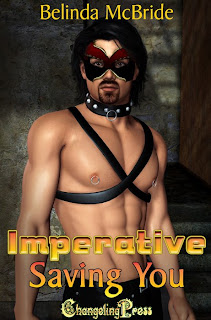 In the future, we don’t choose our mates; Nature chooses for us. Nature doesn’t make mistakes. And if you don’t pay attention to Nature’s Imperative, you suffer.

All he wanted was peace. Eternal peace.

After the death of his Imperative mate, Jason Anders threw himself into a lifestyle of sexual excess and self-punishment. Just when he thought he’d hit rock bottom, Jase was nearly killed in a brutal attack.

Nature listened to Jason’s plea for peace, and gave him what he asked for. But Nature’s version of peace wasn’t exactly what Jase expected.

When Dr. Dove Sinclair stumbled into his life, Jase began to suspect that within her arms he might find the will to live. And when he looked into the haunting eyes of a mysterious masked man, Jason realized that Nature wasn’t finished screwing with his life.

Sometimes Nature doesn’t play fair. But at least she’s willing to give Jason a second chance.

“I was rough. I’m sorry.”
He fingered a pink spot on her hip. There was a whisker burn at her throat.
“It felt good. Right at that moment, it was perfect.”
“Pain? You like pain during sex?”
“Not pain… not like… you know.” The name went unspoken.
He sat up in the bed, her white sheets slipping down his flat, muscular belly. Dove watched him in unabashed fascination. She’d managed to rescue her glasses and now marveled at the sheer beauty of the man in her bed.
He looked devilish, and during sex, he was devilish, to just the right, exact degree she needed. Once their initial rush of lust had receded, they’d napped, waking to find more pleasure with one another.
He was more than adequate with his tongue, and with those fingers as well. He’d introduced her to the dark variety of climax that came with anal penetration, though he’d used only fingers there while he fucked her pussy. They didn’t speak of what he was really preparing her for. They showered together in the darkness, exploring with hands and mouths, finally ending up sliding together on the slick floor of the huge shower, wet skin slapping against skin, skidding against the cool tile.
It had been perverse, amazing, and to her shock, she wanted more.
Not pain, not like… you know… He did know. He’d witnessed it often enough. “He doesn’t get sexual pleasure from it.” Arav felt defensive of Jase. Protective.
Dove leaned forward, stroking the gleaming black of his goatee. “I know he doesn’t, Arav.” Her fingers skimmed over his lips. The sensation caused a shiver.
“How long have I known you, Dove?” He reached out, pulled her into his arms. They had only hours before dawn, and time for her to work.
“I don’t know, six months maybe? Why?”
“Because I love you.”
“Yesterday you loved Jason.”
He kissed her forehead. “I love Jason as well. Odd, isn’t it?” He looked down at her, dark eyes gleaming. Immediately, she thought of her brother Duncan and his mates. But for her and Arav, there was no Imperative forcing the issue. Just love.
“I’m afraid to say it, but I think it’s true.”
“That it’s odd?”
“No. It’s true that I love you also.”
“And you love Jason as well.”
She was quiet for a moment. “No, I don’t think I love Jason. He frightens me too much.”
He shifted, looking at her curiously. “Why, Dove? Why are you afraid of Jase? He’d never hurt you.”
He had injured Neil. She’d heard that little bit of information from Duncan, who was good friends with Jason’s ex-lover. But somehow, she knew he’d never hurt her, not physically.
“I’m afraid that Jason would break my heart. In the end, I’m afraid he’ll break us both.” She looked up at him, and she was beautiful there in the darkness, her skin gleaming pearl white. “Arav, I’m afraid that Jason Anders has already broken my heart.”
“Why?”
“Because I don’t think I can save him.” And she did love him, and knew damn well that Jase was too wrapped up in pain to love her back.
Well, at least she’d admitted it to herself.
She laid her head on his chest, listening to the steady beat of his heart, feeling his strength, his innate kindness.
“You’re wrong, Dove. But you’re right.” She lay still, waiting for him to continue. “Only Jason can save himself. It’s up to us to show him a reason.”
“And that is?”
“Us.” He stroked her hair. “We’re the reason that Jason Anders should live.” 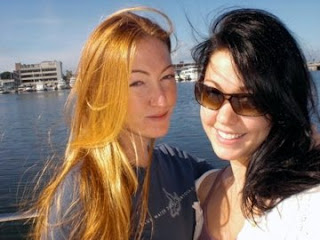 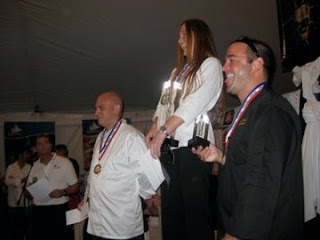 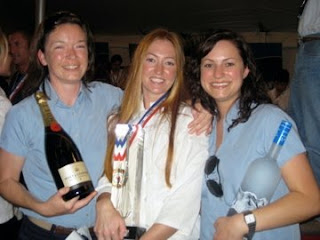