New Paperbacks and Other News!

Well, I'm back from GRL and have nearly recovered from the Con Crud, which pretty much put me on my butt for the better part of a week. Since I was feeling too cruddy to do much "real" work I forgot to keep you guys updated on new news!

In September, I had 3 new paperbacks release! The first is Arcada 2: Silver/Steel. You can pick this puppy up at Amazon and Barnes and Noble. 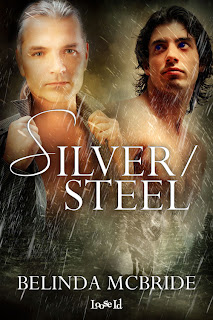 In addition, Silver/Steel is a finalist in the Rainbow Awards! 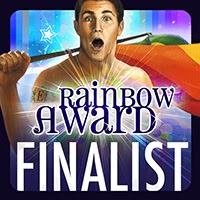 The other two paperbacks are from the m/m branch of the Coalition Universe! You can get An Uncommon Whore books 1 and 2 in a brand new collected edition...with a new cover and illustrations by PL Nunn! This is the coveted conference edition with the NC17 panel that I generally only take to GRL! 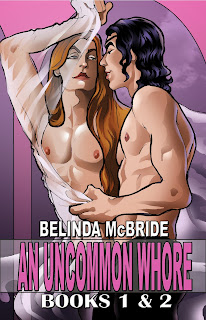 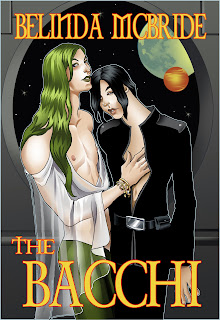 I've also released The Bacchi in paperback, also with a new PL Nunn cover! You can grab these two at Lulu. While they will go up for sale elsewhere, I can give you a better price there. Here's where you can find these two:

And one more bragging right...The Bacchi is a finalist in this year's EPIC Awards! Having judged those awards myself, I know how serious they are about quality so I'm really pleased to have made the cut with The Bacchi. 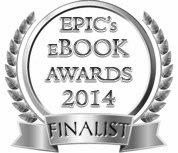 If you are in the Southern California area, I'll be down for Bent-Con  November 8,9 and 10 with copies of all these books for sale. You can find me in the vendor's room!

That's it for now, hopefully I'll be back to my normal routine soon. Until then,

How Did That Story Come to Be? Maxxed Out by Treva Harte

Maxxed Out was unusual for me because I actually came up with the hook and the concept before I wrote it.  How I decide to write books—and what books I finish—are usually a mystery for me.  I have a few books I’ve been carrying around in my head, even some that are partially written, but I can’t move on them.  They nag but not enough to be written.

Maxxed Out was one where I suddenly thought about someone in love with his older brother’s best friend.  Who doesn’t love a story like that?  I was all set to write a happy story about someone who was a young adult and about to take some adult steps to make an old crush interested.  The problem was because it was m/m I kept thinking about the older brother.  And that’s where the story took my usual quirky turn.  I fought making that story darker.  But what if there was a back story about the best friend and the brother?  I fought it so hard that I left some strings dangling in Maxxed Out that I wanted to use for a sequel and—well, I really didn’t want to get too complicated in the first story—but I annoyed readers.  I did my best to resolve things in Inside Daniel, the sequel, but that’s why it went down the way it did.

You can read more about Treva's books at: http://www.trevaharte.com/
Posted by Belinda M. at 9:30 AM 1 comment:

How Did They Come Up With That? Tara Lain 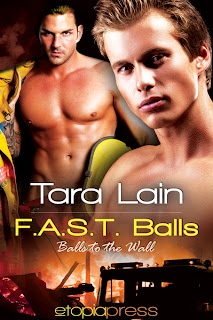 Hi everyone. I’m Tara Lain and I write the Beautiful Boys of Romance. I’m so happy to be here with Belinda today. We’ll be hanging out at GayRomLit together in a couple weeks! Yahoo! Belinda challenged me to answer the question “How did you come up with that?” The first thing that came to mind was the question people keep asking me about my new release, F.A.S.T. Balls. The question -- How did you decide to make the villain a hero?
F.A.S.T. Balls is the fifth book in a loosely connected series called Balls to the Wall. In the second book, Fire Balls, there’s a secondary character who readers fell in love with -- Jerry Wallender, the laid back surfer dude who becomes a firefighter at the end of the book. Jerry is kind, innately good, a brilliant athlete, and unashamedly gay. Also in that book is a really nasty villain, Mick Cassidy. Mick is a homophobic firefighter who makes life miserable for one of my heroes and ultimately gets beaten up by my main character, Rodney. We don’t get to know Mick in Fire Balls. We’re never in his POV and no one has a conversation with him. We don’t know his motivations. As a homophobe, he represents a “brand” of opposition to my heroes rather than a true individual, but he is really nasty. Late in the book, after he is defeated by my good guys, he vanishes and we never know what happens to him. Did he lose his job? Did he hurt other people? Some readers asked, what happened to Mick?
I got tons of emails saying Jerry had to have his HEA. At the end of Fire Balls, he’s dating a college professor, so I had the chance to continue that relationship, but where was the conflict? Where was the drama in that? Those two questions readers asked me kept playing in my mind -- When would Jerry get his HEA? What happened to Mick? I couldn’t resist! I had to put them together.
Great villains make great heroes they say. That expression actually refers to mixing a great villain in the same story with a great hero which makes the hero greater when he overcomes the bad guy. But what if the hero and villain are the same guy?  Mick was a really bad villain. People told me I was crazy when they found out I was going to redeem him in F.A.S.T. Balls. Readers hated this guy!! But I thought since Mick was so horrible, there had to be a very horrible explanation for his behavior. I thought up the worst possible way that a man could become a homophobe. I created a pseudo-religious environment in which children are indoctrinated into homophobia from childhood. By making Mick’s upbringing totally despicable, I hoped to make the fact that he strives to rise above it so admirable that he would be worthy of Jerry, the readers’ favorite guy. After all, Jerry couldn’t have just an ordinary Joe as his lover. He needed the best. So far, reviews suggest that people love Mick!  Redemption complete! Whew. And that’s how I came up with F.A.S.T. Balls. : )

Excerpt: F.A.S.T. Balls by Tara Lain; The Gay Fireman and the Homophobe
Available at AMAZON  ARe
Firefighter and surfing champion, Jerry Wallender, looks like a hero to the world, but he can’t see it. He keeps falling for these intellectual guys who end up making him feel dumb and unneeded.  On top of that, Mick Cassidy, super-gorgeous firefighter and total homophobe, makes Jerry’s life miserable with his slurs. Then one day Mick’s nice to Jerry and, at the Firefighter’s Ball, Jerry offers a helping hand and ends up with a hand-job. What the hell is going on?
Mick Cassidy is great with fighting fires and solving math problems but rotten with people. Raised by a gay-hating preacher, Mick’s carefully constructed world of gay bashing starts to crumble when he meets Jerry, the nicest, kindest man he’s ever known.  Mick’s never wanted a woman and can’t stop thinking about sex with Jerry. In fact, he can’t stop doing it. Does that make him gay? And if he’s gay, what happens to his whole life? A hook-up between sweet Jerry and mean Mick might be total disaster -- or the smartest idea Jerry ever had.
The band got into the spirit and segued from the cha cha into a meringue. Jerry didn’t know this one as well but he mimicked Andres and pretty soon had the rhythm. Some people were standing around watching them while others joined in and danced. Andres was so gorgeous and so great at dancing. He even spun a couple of the women around as he danced by them and they squealed. What a charmer.
The musicians worked up to a big finish. Andres pulled Jerry in close then spun him out in a twirl. He circled twice, laughed, and…stopped dead.
Holy crap. Standing on the edge of the dance floor staring at the dancers with big green eyes was the yummiest thing he’d ever seen. Mick Cassidy, tall, straight and strong in a dress blue uniform, the light from the ballroom chandeliers shining off his pale gold hair.
Jerry stared.
Mick stared.
Jerry glanced at the girl standing next to Mick. Really pretty in a blue dress. But nothing, underline nothing, he had seen in a long time was as pretty as that big, hunky homophobe. Mick might be mean as piss, as Hunter said, but he stood there proving that sometimes things that were bad for you are the ones you want most.
A hand on his shoulder woke him up. “You okay, Jerry?”
“Oh, sorry.” He turned and smiled at Andres, but man, it was hard tearing his eyes away. “I just saw someone I know.”
He headed back to the table and Andres stepped up beside him. “Was the person you know that golden dreamboat in blue by any chance?”
He wasn’t going to pretend he didn’t know who Andres meant. “Yeah, that’s the guy I was telling Rod and Hunter about. The one who was nice to me.”
“Oh guapo, he can be nice to me anytime.”
Jerry laughed. “Yeah. Too bad he’s a raging fag hater.”
“So why was he nice?”
“I still haven’t figured that out.”

He’d been turned to stone. Hell, he had to move. This was stupid. Mick watched Jerry’s retreating back moving off the dance floor and saw him guiding a beautiful Mexican with him. Who the hell was that? Jerry had said his boyfriend had left him. He’d sure moved on fast.
“You know that guy?”
He glanced at Jezebel. Oh right, she was with him. “Yes, he works on my shift a lot of the time.”
“Sure is a good dancer. He a fag? Must be, if he’s dancing with a guy, right.”
Whoa. He used that word all the time but it sounded bad when she said it about Jerry. “Yeah, he’s gay.”
“Must be like your father says. You see a lot of gay guys in Laguna.”
“Yes.” It felt weird to have his father’s ideas dragged into his work life.
She looked out at the dancers. “I always figured what your father says is a load of crap. Gay people are born that way so it has to be God’s will and if it’s not then God’s a load of crap.”
Mick gasped and looked at her. Really looked. “I don’t believe you just said that.”

Tara Lain writes the Beautiful Boys of Romance in LGBT erotic romance novels that star her unique, charismatic heroes. Her first novel was published in January of 2011 and she’s now somewhere around book 21. Her best-selling novels have garnered awards for Best Series, Best Contemporary Romance, Best Ménage, Best LGBT Romance, Best Gay Characters, and Tara has been named Best Writer of the Year in the LRC Awards. In her other job, Tara owns an advertising and public relations firm. She often does workshops on both author promotion and writing craft.  She lives with her soul-mate husband and her soul-mate dog in Laguna Beach, California, a pretty seaside town where she sets a lot of her books.  Passionate about diversity, justice, and new experiences, Tara says on her tombstone it will say “Yes”!