I have to admit, I’m probably a good deal older than many of my readers. When I was growing up, there really wasn’t a lot of dialogue about sexuality and gender. We didn’t practice much along the line of political correctness and when I ran across people who didn’t quite fit into the mainstream, I honestly didn’t know they weren’t in the mainstream! 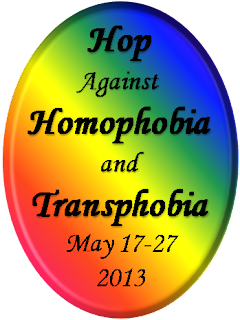 When I was in grade school, my life revolved around 3 things: books, negotiating my way around school and trying not to get on the wrong side of my father. Because of my obsession with reading, I was exposed to some interesting stuff at an early age. From the novel Little Big Man, I first heard of Berdache, or Two Spirits. As portrayed in the novel, this wasn’t so much an issue of sexuality as of gender. The character was a man who took on the life of a woman. But the concept of Two Spirits is flexible, as I grew older and began to learn about world cultures, it seemed so similar to the Greek concept of Chao and Logos, and also to Yin and Yang.

As a child, it made perfect sense to me. Especially since one of my idols in school was an inter-sexed girl named Jody. Remember I mentioned the lack of political correctness? Jody’s boyishness was something we discussed among ourselves, and our teachers were fairly open about it too. (Confidentiality? What's that?)

When Jody came back to school after summer break one year, she was more feminine, her voice was pitched higher and her body had changed somewhat. She told us she’d chosen to take hormones and become more of a girl.

Again, none of us really questioned it. We didn’t think about what was under her clothing or that she actually had a choice to make. She was just Jody, just a little prettier than she'd been.

Another person I remember from that period of time was the Hand Bag Man. There were a lot of interesting characters around town…Garbage Bag Man, Raincoat Man and Hand Bag Man. Mom and I used to see him walking around town. He generally wore women’s polyester pants and a blouse, and always carried a purse. He shopped at the thrift stores and I remember he (again…no concept of PC language back then) wore his hair short, generally had facial hair and moved with an air of total self-confidence. I remember asking my mother about him and she never joked about him, though I know his cross-dressing  must have shocked her. She just told me he liked to wear women’s clothing.
She also told me he takes care of his mother and loves her very much. I’m not sure how she knew that but I do recall seeing him pushing an old lady in a wheel chair. Because she didn’t judge him, I didn’t either.

I know Jody and Hand Bag Man and some of the other inter-sexed and transgender people I’ve known throughout the years have lived through moments of hell. One friend told me that he’d faced choices that nearly drove him to suicide. But the things that I recall about Jody are her unfailing kindness to me…an odd, visually impaired kid two years down from her. I remember the Hand Bag Man’s quiet dignity and gentleness with his mother. I remember that my mother and her parents never allowed a mean word to be spoken about these people. I'm sure other people were cruel to them. It amazes me that they were both such gentle people.

Within my hearing, there was no talk of rights or equality, of morals or sin. Just acceptance. Because of the example of my teachers, my classmates and my family, I grew up with some friends who remain precious in my memories. It wasn’t until high school that I witnessed bullying and cruel behavior, and that was generally reserved for disabled kids, and it was heinous.

It was a different generation, more conservative, but at the same time, I think that the manners and etiquette that were drilled into my parents’ generation created an atmosphere of acceptance in our small school district. I know this isn’t the norm, and as sexuality and gender equality draw even higher in our national consciousness, the lines become ever more divided. The idea that a trans-woman would be barred from using the women’s restroom is just so bizarre to me.

There are so many ways to teach others…by word and by example. But I think we all need to remember a very simple concept: Treat others as you wish to be treated. Because that’s what my mother was teaching me way back then, whether she knew it or not.

Do unto others as you would have others do to you.

May 17 is the International Day Against Homophobia and Transphobia. Take this opportunity to visit other bloggers participating in the blog hop. Here's the url to the homepage:

I'll be offering a choice of my backlist (one book in .PDF) to a random commenter on my blog! The blog hop runs through May 27 and my winner will be chosen at the end of the hop.

Thanks for coming by!

ComingMay 17! The Hop Against Homophobia and Transphobia!

http://hopagainsthomophobia.blogspot.com/
Posted by Belinda M. at 9:27 AM No comments: