An Interview with ZAM! (Plus a contest!) 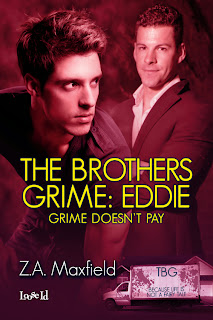 Howdy there, Zam! So after all these years, I’m finally getting you on my blog and at my mercy! So how ‘bout you tell everyone a little about yourself?

Oh, wow. There’s not  a lot to tell. I’m from sunny Southern California. Wife and mother of four kids, three boys and a girl. My youngest are twins. I started writing because they dared me to!

Now it’s no secret how much I love all your books, but I’m especially enamored with Drawn Together. Would you tell us a little about how you got the idea for the story and how you developed Amane and Rory?

Actually, Drawn Together has to do with the kids too! I took them to Anime Expo when they had it in Long Beach, was that 2007? I saw this beautiful young man carrying a monstrous arrangement of white flowers, roses and stargazer lilies. The line was super long, it took forever to get in, and the kids and I started speculating about that young man while we waited. I think I had that entire book plotted by the time I got to the front of the line!

That's such a cool story! I knew it had to do with the Anime Expo...didn't realize you were there with your kids!

Let’s talk method. When you write, how do you approach the story? Plot first or characters? Do you outline or do you “pants” the story?

I used to approach every story rather whimsically. AS though my books were great ships and I was at the helm, I got up in the morning and said -- like a certain Pirate of the Caribbean -- “Bring me that horizon”.

As you know, the craft of writing isn’t some one night stand. It’s a long term love affair. You never stop learning. You never stop growing. Now that I write for a living I know deadlines are looming. I have to be more proactive. I plot out major story points now, but I’m never afraid to change the story if my characters demand it.

You live in southern California and I notice your writer’s voice really captures the environment and culture. Is this a deliberate strategy? How much of your life influences your writing?

This isn’t a deliberate strategy as much as it’s simply how I talk. I really have a valley girl thing going sometimes, it was far worse when I was younger. I’m likely to Dude you, I often say like, you know. Tristan from Crossing Borders talks the most like me of any of my characters.

My favorite TV show is currently Breaking Bad. That show is epic on some Shakespearean level. I never watched it when it was aired, but started after it was all on netflix. I have to ration myself, because it’s so hard to watch someone make so many awful choices. But the writing is first rate, the acting beyond exceptional. It’s amazing. Movie? Strictly Ballroom (but that’s just today. Tomorrow I might think of something else. Local Hero, maybe. They make to many superhero flicks these days, I miss great dramas. Song, Live Like You’re Dying. Book, The Great Gatsby. Celebrity? I have a major crush on Daniel Craig. It’s the eyes. (I totally ship him with the new Q.) Food. Belinda! you must know!!! I like real Barbecue.

Ah! Local Hero! I loved that movie and Bill Forsyth is my favorite director of all time!  If you haven't seen Gregory's Girl...its a must!

Is there a genre you’d like to write, but are afraid of “going there?”

Do you have any guilty secrets?

Sometimes I eat peanut butter all by itself, but I never stick the spoon back in. On totally stressful days, you might find more than one dirty spoon in the sink...

How’d it feel to be a pioneer in the M/M romance genre by signing a contract with Penguin/Intermix? Any more cowboys on the horizon?

I can’t tell you how scary that was. I have a TON of friends who write m/m, yourself included, who would have been perfectly excellent choice for that honor. Right place, right time. It was anxious, because of course I wanted to write the best book, but you know. You write what you can and you hope people like it.

And funny you should mention that! I got word they’re interested! Hopefully I’ll be bringing everyone some more cowboys in 2014!

Yee Haw! You know how much I love your cowboys!!!

Now it seems to me that a series about a cleaning service is just…unusual. But having read Grime and Punishment, I was blown away. How’d you come up with such a cool concept for a series?

There was an awesome speaker at one of the RWA meetings who shared that her Regency was a mixup of Pride and Prejudice meets The Bachelorette, and I thought. Wow. Dirty Jobs meets Gay Romance. By the end of the meeting, I had the concept and characters written on a yellow legal pad, and I remember telling Tara Lain about it on the way out to the car. I was just breathless with excitement. I know it’s kind of a grim job, but people have to do grim jobs all the time. Not every romantic hero has to be in Seal Team Six or a rock band. (Even though two of my favorite reads recently featured SEALS and Rock stars.)

Tell us a little about the new book/s

Here’s a blurb for you:

Eddie and Andrew have dynamite chemistry. But Eddie’s profoundly dyslexic, and Andrew lives to read. Andrew’s pathologically disorganized, and Eddie likes things neat and clutter free.
Andrew’s ashamed of his hoarder father, and Eddie’s embarrassed by his lack of education – secrets that could pull them apart even as a friend’s tragedy brings them together.

When Andrew’s father devolves and nearly dies because of his compulsion, Eddie and Andrew must learn compassion begins with loving one’s self in - Grime Doesn’t Pay.

You can find out more about The Brothers Grime 2 -- Eddie: Grime Doesn’t Pay HERE

What can we expect from you next? And what are you working on now?

I have Lost and Found, a holiday novella available for pre-order at Riptide Publishing HERE, and another story of the J-Bar cowboys, My Heartache Cowboy coming in January, which can be preordered HERE.

Thanks so much Belinda, I enjoy spending time with you! I look forward to the next time we get to see each other, and I hope in the mean time you stay well and write like the wind!

Thank you for visiting my blog! It was truly a pleasure!

Author’s Bio:
Z. A. Maxfield started writing in 2007 on a dare from her children and never looked back.  Pathologically disorganized, and perennially optimistic, she writes as much as she can, reads as much as she dares, and enjoys her time with family and friends. Three things reverberate throughout all her stories: Unconditional love, redemption, and the belief that miracles happen when we least expect them.

If anyone asks her how a wife and mother of four can find time for a writing career, she’ll answer, “It’s amazing what you can accomplish if you give up housework.”


Contest! Be sure to enter the contest HERE!

OMG, someone else who says, "Dude." I think I love you, ZAM. It makes me feel all good inside. Plus, my guilty pleasure is similar to yours-- Nutella. LOLOL I've got the Grimes books now and waiting to read them. They're my treat if I can hold off until the next 2 chapters of my book is done. If not, it's your fault and that's what I'm telling the boss. :D

Great interview!! I've got the Grime bros on my to buy list for the holidays!!

Cynnara, NUTELLA! We are sisters of the spread! I Love Nutella! And that cookie spread from Trader Joe's although that's so rich I can barely eat a smidgeon on a graham cracker but it's good stuff! Thanks so much and write like the wind!!

Lynn! Howdy! Thanks for stopping by to say hi! Chesticles! (I still haven't used that in a book.)

Have you tried the TJ's deluxe cinnamon graham crackers? OMG. And with Nutella!
Oral orgasm!