Be the Amazing Person You Are

One of the things about dog showing is that a lot of travel is involved. Usually travel with a vehicle full of dogs. (well...yeah!) Once or twice a year we hear about a judge or a handler or an exhibitor who had a heart attack while driving. Sometimes there's a wreck or some other catastrophe. But really, considering the vans full of dogs, the number of catastrophes is really pretty minimal. So when something happens, it hits us all hard.

In September, a pro handler I know was in a tragic accident. He wasn't traveling for a show, only he and his wife were in the car. His wife was killed and he was paralyzed, with only slight movement remaining in his hands.

He'll never be able to pursue his passion again. And believe me, handlers who are as successful and he, and who make it their life do so out of passion for dogs. He didn't get to say goodbye to his wife, and he can't hold his grandchildren. He's now in rehab and in the photos his family shares, he's smiling. He's off the respirator and is now setting goals. He doesn't want to be a burden to his friends and family. He wants to go places. (there's a Go Fund Me for a van for his family to transport him)

He wants to go to a coffee shop and order his own coffee, and he wants to go to dog shows again. There's footage of him with his new service dog...not a Golden Retriever (his breed) but a quiet, calm Saluki who is learning to negotiate the electric wheelchair with her new owner. He's posting on Facebook. He's moving forward into a new reality. My guess is we'll see him again in the ring, if not handling from his chair, then as a judge, and most certainly as a mentor to many. He'll be smiling because he's truly that kind of man.

Life tosses some truly awful stuff our way sometimes. I stress about writer's block and low sales and my messy house. I want to slam my computer shut every time I read of some new idiocy in the online world. But this year, Mom is still aging, but she's not hallucinating or in the ER constantly. My daughters are doing well and living good lives. While my day job keeps me tied to the house, I can write and create as I wish. Right now, I'm in a warm, quiet living room with five dogs sleeping soundly and all is good in my world.

It's not perfect and not what I envisioned it would be. I didn't think my life's journey would make me a caregiver instead of a history teacher. I also didn't believe I'd be a writer. Or have some of the amazing friends I have, or that I'd go to Hong Kong for a movie premiere or see the start of the Iditarod from inside the chute. Live can surprise you that way.

Learn what's important in life. Turn off the TV and close the computer. Talk to a stranger. Listen to the world around you. If someone needs help and you can do something, however small, give them a hand. Get out of your head and set aside the shit that's occupying your brain.

Today, amaze yourself.
Then tomorrow, do it again. 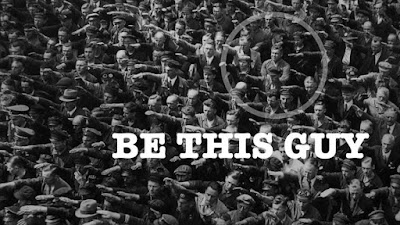