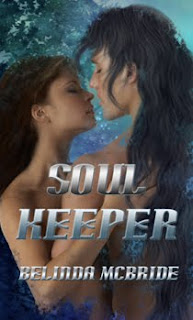 “Kaine, this is Nestor.”
“Hey.”
“Just wanted to let you know he’s back and mostly okay.”
“Oh God … thank God for that. How is he?”
“Well, he’s not talking much, won’t go in his house, so I’m setting him up in one of the new cabins up in the trees. Looks like he’s been living off grass since … you know ... the funeral.”
“He probably has. He’s probably been running hard, too. Don’t have to think when you’re running.”
“Yeah, his hooves are beat up so bad, he’ll have to stay in man form for awhile.”
“How’s Kendra?”
“She’s still shaky. Hysterical a lot of the time. I’m sending her to stay in Texas till Dorian gets his feet back under him. Rumors about what happened have gotten out, and none of the other Alphas want to deal with her. I don’t know, Kaine. Don’t know how we’re gonna pull this one together. Anyhow, she wants to go through her sister’s things, I figure Blue won’t mind since he won’t go anywhere near the place. I had to go pack a suitcase for him.”
“Okay. Listen, Nestor, I’ll catch the next flight out and pick him up. Iris can stay on as long as you need her.”
“Iris has been a lifesaver with Chloe gone. I can’t tell you how distressed everyone is. Lots of grief.”
“I should imagine. Chloe was well loved.”
“Kaine, about him going with you … I don’t think it’s a good idea. I think he should stay on here at the Siskiyou Compound.”
“He’s my brother, Nestor. He’s gonna need me.”
“I know, Kaine, but frankly, if he leaves, it’s really gonna throw the compound into a tailspin. These people have been his family for a decade now. I think he needs to face this thing down here. He can’t run away from it.”
“Nestor ….”
“This isn’t a suggestion, Kaine. Nor is it a request. He stays. It’s hard for him, but I’ve got the other members up here that can help him. They need to help him.”
Kaine hung up the phone without responding. He knew it was rude, but he didn’t care. He sat down at his PC and went online, purchasing tickets-- one out, two back. The hell with Nestor. He was bringing Dorian home.


You can purchase Soul Keeper at Here: http://www.newconceptspublishing.com/soulkeeper.htm

It's also available at Fictionwise
Posted by Belinda M. at 9:42 PM

I really enjoyed this book and wonder if you have any plans to write Kaine's story or any of the other characters stories? Thank you.

Hi there! Sorry it took so long to reply. Soul Keeper is now out of print and I'm going to be looking for a new home for the series. Kaine does have a story and it is written. I'll be doing a story for Roman as well. Again, its a 'stay tuned' scenario since I need to find a new publisher for the series. :)