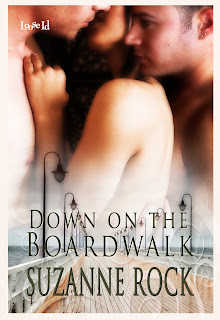 I have a confession to make: I don’t like change. I don’t think many people do. We are creatures of habit and often find comfort in things we do every day. Any disruptions to our daily regimen, any invasion of our comfort zone, and many people feel lost. I know I do.

This is particularly true of my writing. Up until very recently, I had a routine and it worked for me. I’d write during my lunch hour at work, then once again when the kids went to bed in the evenings. My output was pretty good, and things were going well. Then, like a predator sneaking into my territory, something happened that changed everything.

The company I work for announced that they were going to have massive layoffs -- the most layoffs they have ever had in their 15 year history. Now unfortunately, I don’t make enough money off my writing to put food on the table, so I needed that day job. This announcement threw me for a loop, and as the weeks passed, I began to fear that my group -- and my paycheck -- were going to disappear.

Needless to say, my writing suffered. A lot. I stopped writing for two weeks while I dealt with the stress of potentially losing my job. Where would I find money? How would I provide for my family? This was truly a low point in my life and instead of turning to the one thing I could always count on to keep me sane (my writing) I turned away.

But this story doesn’t have a depressing ending. Over the past week my ducks started to fall in a row, and a solution emerged that will place both me and my family in a much better position than we were before. As my anxiety lessened and my head began to clear, I turned back to my writing -- and found sympathy in the alpha wolf from my Kyron Pack series, Josh.

In the series mythology, the Kyron Pack was formed during a time when werewolves were becoming overcrowded in North America. A small group, led by Josh Kyron, migrated down from Canada and into the western United States looking for an area where they could live in peace. They made their home in Las Vegas and the surrounding territories and became protective of the local humans in their new home. Just like real wolves, they marked their territory, staked out their food supply, and turned their small family into a powerhouse that dominated the territory they lived in.

When a rival pack on the East Coast saw how well the Josh and his wolves were doing, they decided that it was unfair for them to reap all of the benefits. They wanted Kyron territory and Kyron wealth. More importantly, the leader of this new pack, Eric Wright, wanted to eliminate Josh and rule both packs himself. He used Lydia, Josh’s true mate and Eric’s sister, to bring the Kyron pack to their knees.

Josh’s routine was disrupted, and his territory invaded. I found that Josh reacted to the situation very much like I reacted to the announcement of layoffs at my company. We both became angry, then bitter. Finally, when it seemed like all hope was lost, we fell into despair. Neither of us wanted to give up hop, however, and it was only by using our heads and being creative, that we were able to come up with a plan for survival (and save our sanity).

Territory and control are very important to wolves. They are protective by nature, and like order in their packs. How about you? Are you like Josh Kyron and other wolves? Do you crave the same order and control over your surroundings? Or do you just “go with the flow?” Tell me about it!

One lucky commenter will win a free .pdf of the first book in my Kyron P 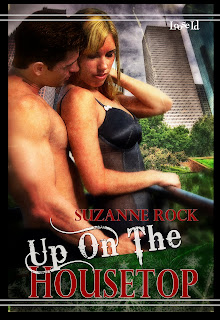 ack series – Up on the Housetop!

Up on the Housetop, Book One of the Kyron Pack

Desperate to escape her controlling family, Chloe Bradford scrambles up to the housetop of her Texas home on Christmas Eve. There she discovers a sexy stranger cloaked in shadow. He convinces her to shed her good-girl image and give into her most secret desires. The man's low, raspy voice tugs at her memory as much as it awakens her passion. Is he a Christmas miracle, or some figment of her imagination? When he tries to leave, she follows him, eager to learn his identity.

Zach can't stop thinking about Chloe, or their reunion on the roof. His wolf-half urges him to reveal his identity and claim her, but he doesn't dare. For both their sakes, he must remain in the shadows until he can control his inner beast's bursts of rage. After a decade of struggle he thought he could handle his curse, but Chloe's presence causes his control to slip. As the moon-rages become more frequent, he knows he's slipping toward the insanity that claims many of his kind. Only Chloe can save him, but will she want to after he reveals his identity and the reason he broke her heart over a decade ago?

Down on the Boardwalk, Book Two of the Kyron Pack

Gwen's psychic abilities first make her an outsider among the werewolves. Then they make her a slave. Forced to use her power to help a deranged werewolf seek vengeance, she gives up on her dream of ever being accepted and loved. That is, until Nico and Tony are thrown into her cell. Her attraction to the Kyron Pack brothers is immediate and overwhelming. As she submits to the physical attraction, old wounds heal and her powers strengthen. The brothers think she can save them, but to do so would require more than just physical intimacy, and reveal a secret too dark and horrifying to share.

When Nico and Tony use their lust to help their battered mate, buried memories rise to the surface, and jealousy threatens to destroy the fragile wolf in their care. As each of them bonds to Gwen, they begin to withdraw from each other. Now they must heal their inner scars and forgive the past if they ever hope save Gwen and escape the Boardwalk alive.

Glad to hear the tide has turned for you Suzanne. Being stressed does not make it easy to write. It's frustrating that a potential source of relief from worry is one that slips away the more anxious you are about life.
Good luck with the books.

Hi Barbara! It's true. Often it's tough to stay focus on writing when a lot of things are going on in your personal life. Hopefully now that the worst has passed, I can focus more on writing again.

Thanks so much for stopping by!

I do not like change and prefer to pretend it is not happening. Not very useful and something I need to be more active since I need to get a new job and adapt to all those changes that some with.

Hi Suzanne!
Your Kyron Pack series sounds really good... I'll have to add it to my wishlist. That's great that you were able to overcome those changes in your life and that you found your writing voice again:) I've tried to just go with the flow of things because it seems to me like people that are able to do that have lower blood pressures among other benefits, but I've found that I couldn't do it for very long without resorting to me old somewhat controling ways. I'm a terrible control-freak, but I do like order and control over the things that I know I can control and then kinda just go with the flow on the rest. If that makes any sense:)