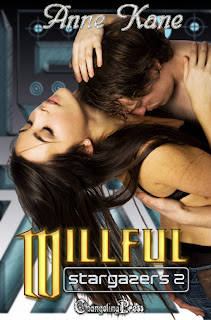 When I was young, I used to wish I had special powers. I devoured fantasy and science fiction novels from the local library faster than they could get them in stock. I especially loved the “historical fantasies.” You know the kind, set back in the days of knights and kings and druids and witches. And dragons, but then that’s a whole other topic. LOL. Several times, I ran across references to the powers of the Earth’s ley lines. I didn’t quite understand what they were, but the thought of bands of power running from point to point beneath the surface of the earth always intrigued me. I wondered if there was some truth to the stories. I imagined how the witches would be able to sense the ley lines and use them. Perhaps because I wished I were one of them, I assumed that the people who would have this awesome talent would be female.

The last time Halley’s Comet made it’s once –in-a-lifetime approach to earth, my husband and I got up in the middle of the night and drove to our favorite lookout point at the summit of a local mountain. As I stood there, wrapped in a blanket against the cold, I looked up in awe at the vast array of stars twinkling above me. Watching the comet streak across the night sky with its tail blazing out behind it, I was reminded of how small and insignificant we are in the vastness of the universe. It was an amazing night; one I’ll never forget.

Last Halloween the weather was clear and chilly out here in the mountains. I stood on my deck, gazing up at the stars, and remembered that night. I recalled my meager science lessons from high school, and how the gravitational pulls of the planets and stars affected the orbits of each other and all the heavenly bodies. The kids running around in their witches costumes reminded me of those long ago stories of witches and ley lines, and I wondered about the planets and stars. Do invisible lines of power connect them? What were the chances that a female born in Earths distant future, would have the ability to see those lines, to tap into their energy and use it? What would that woman be like? It would take a strong person to harness that kind of power. What type of man would she love, and what male would be confident enough in his own power to love such a woman? Thus was born my new series with Changeling Press – Stargazers.

Currently I have four books contracted- Wanton, Willful, Wild and Wayward. Wanton was released March 13th 2009. Willful will be out on May 15th. Wild and Wayward are scheduled to be released in July and September, respectively.

In honor of Belinda’s Halfway to Halloween celebration, I’ll give a free PDF copy of Stargazers 2- Willful to one lucky reader. To enter, all you have to do is comment on this Blog post.

ISBN (13): 978-1-60521-180-0
Genres: Futuristic, Paranormal, Sci-Fi
Themes: Menage, Magic and Mayhem
Release Date: May 15, 2009
Author: Anne Kane
http://www.annekane.literalseduction.net
Publisher URL Changeling Press - Erotic Fiction
BLURB:
Born both a Stargazer and Daughter-Heir to the throne of New Zanadles, Jazlyn is used to a life of pampered luxury. But when the planet runs into financial trouble, her father agrees to bind her to a five-year term of service aboard a vessel with two very virile interplanetary merchants.
Her leisurely life is replaced by a whirlwind of Intergalactic Council intrigues and the lusty attentions of her new employers, but when space pirates attack, a routine delivery turns into a deadly struggle for control of the ship.

EXCERPT:
Closing her eyes, she tilted her head back. She let her consciousness expand out into the cold void of space, seeking the brilliant energy that signified the ley lines. Behind her closed lids, the lines shimmered into view, their seductive energy calling to her. The blues and green were darker in this quadrant, clearer in the absence of man-made clutter, but they still formed that glittering maze that tempted her to immerse herself in its power. She ignored the temptation, searching amongst the strands for the one she needed to follow to reach their destination. She examined each, discarding one after the other. Instinct would tell her when she’d found what she needed. Greens. Golds. Blues. The lines were seductive, tempting her to lose herself in their beauty. Still, she searched.
And then she found it. The line that would lead her to the Globar system. She narrowed her focus, concentrating on that one line, drawing the twinkling energy into herself, and using her hands to direct it to the massive engines of the ship. Dimly, she felt the vibrations as the ship began to move through space, picking up speed as she strengthened the flow of power, acting as a human conductor.
She reveled in the feel of the energy coursing through her body, captured by her, controlled by her. The temptation was there, always at the back of her mind, to draw more and more power until there was no going back. She’d merge completely with the brilliant energy of the lines, become one with that incredible maze. It became harder and harder to resist. Every time she channeled the power, she hesitated just a fraction of a second longer before letting it go. She’d always used her father to anchor her to this life -- to reach out to if the temptation were too great.
But he wasn’t here.
Time had no meaning in her trance. The power flowed through her to the engines in a steady stream, and she remained passive, letting it use her. Dimly, she was aware of planets, stars and the other heavenly bodies as they came within range, only to disappear as the ship hurtled toward its destination.
It could have been nanosecs or whole solar days before she sensed her destination approaching. Reluctantly, she let some of the power slip away, loosening her hold on the line. She could feel the engine slow as she came out of the trance. Her body sagged against the harness as fatigue overtook her. When the auxiliary power kicked in, she emerged completely, and exhaustion slammed into her. She opened her eyes to find Bryce striding toward her, concern plowing deep furrows into his handsome brow.
“How long...” Her voice cracked and she couldn’t finish. She must have held the power longer than she’d intended. She felt spent, every last ounce of her reserves drained.
“Too long. Why the hell didn’t you let go before this?” Bryce’s hands were gentle as he unbuckled the restraints. When she would have fallen, he lifted her in his arms and dragged a blanket over her naked body. “You scared the hell out of me. Don’t you ever do that again!”
Jazlyn smiled weakly at the rough affection in his voice. Typical male, he seemed to think he had the right to give her orders. “I’m a Stargazer. I don’t take orders from merchant captains.”
“So this is what you do when I’m not around.” Jazlyn started as Tyler’s deep voice boomed out cheerfully from the far side of the bridge. She peeked over Bryce’s shoulder. Tyler had one arm draped possessively around her cousin.
Mika smiled up at him with adoring eyes, before she turned a concerned look in Jazlyn’s direction. “Did you overdo it? You know your tutor warned you. Those lines can devour you whole if you’re not careful.”
“I’m fine.” She felt silly, held in Bryce’s arms like a small child while her cousin lectured her. “Just a little tired.”
“You can rest for a cycle before the next jump.” Tyler looked at the dark red planet visible on the observation screen. “That’s Makus 1 off to our left. We stocked up on supplies before we left New Zanadles, so we don’t need to dock.” He glanced at his partner. “No need to alert any Council spies that we have a Stargazer on board.”
Bryce nodded. “I agree. I’ll take Jazlyn down to her cabin so she can get some rest. You secure the bridge and make sure we’re ready in case we have to power up in a hurry.”
“You two are so paranoid.” Mika ducked out from under Tyler’s arm. “I’ll come and take care of Jazlyn.”
“Not necessary.” Bryce met Jazlyn’s gaze, and she felt her cheeks go red. “I can take care of her.”
“She needs rest, my friend.” Tyler grinned. “Not your amorous attention.”
“And she’ll get it.” Bryce strode toward the doorway. “If you want to take care of someone, Mika, Tyler’s in need of some supervision.”
Mika laughed, the sound cheerful in the confines of the bridge. “Let him go, Tyler. I told you he’s smitten. My darling cousin has him wrapped around her little finger.”
Bryce threw the pair a quelling look and strode out the doorway, Jazlyn held firmly against his heart.

I loved the description of the heroine merging with the energy that connects the planets. I wanted to read this series and I think I got distracted by some other great reads. I look forward to exploring this universe.

I love this series, so it's fun to learn how you 'thought it up'

I too make my husband get up to witness any of the solar 'stuff' that's visible from our area. And I stand (or sit wrapped in a blanket) and wonder....

A lovely sweet excerpt and I adore how your characters interact. Have you ever read the Dragon's of Pern? Not quite the witches and mysticism you write about here, but to have a dragon choose you and then to ride it... WOW

Congratulations and many sales!

Nice Interview and excerpt! I like your discussion and use of ley lines/energy! I will be looking into your books! Thanks. mesreads[at]gmail[dot]com

Hi Belinda! Hi Anne! I discovered Fantasy and SF romance through ebooks,especially those at CP. I remember having read a Greek god story and learning about that mythology (and of course the yummy gods). Now I'm just so enjoying these reads and always looking forward to more! Too those historical fantasies! You plan to write any of those too? :)

I love Pirates! WILLFUL is going to be a goodie! I shall be getting the first book to start out. Would love to be in for book 2! Thanks. I could sense your experience a bit with Halley's Comet and the heroine in the excerpt! Loved it!

Hi Anne, fantastic excerpt. I love how you developed the concept for your story... ley lines in space.
I have read about psychics who can see the ley lines on Earth, so this is an easy jump in believability for me.
I'll never forget seeing that comet. It was spectacular and moving in a way that is hard to describe.

Thank you, everyone, for the wonderful commments. I devoured all of Anne McCaffrey's Pern books years ago, Jude. Now my grandson is reading them. I love dragons.

I will wait until tomorrow to draw a winner, just to make sure that everyone in the different time zones had a chance to enter.

Anne's winner is Martha E! Martha, Anne will be getting in touch with you shortly.